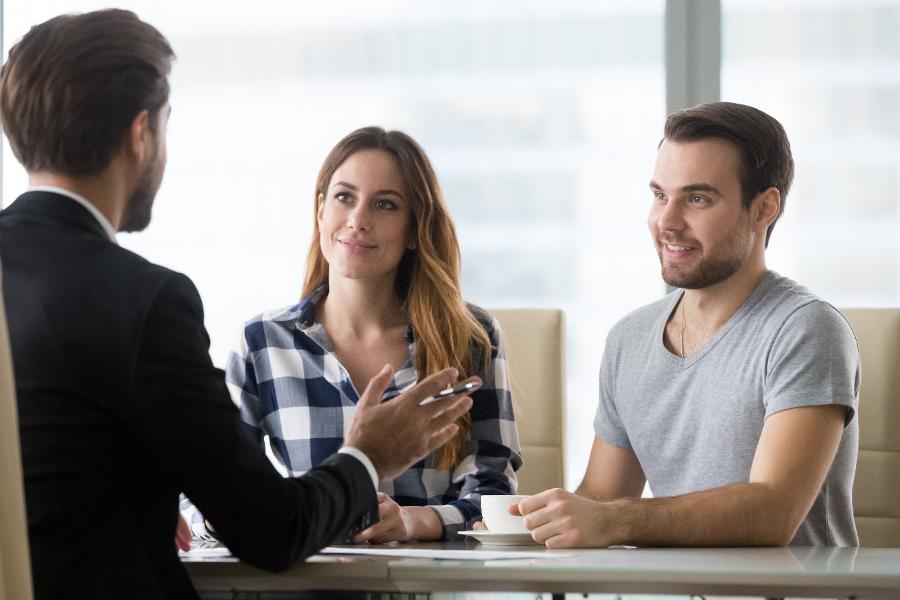 Buying a home before marriage? Here are 4 important considerations to keep in mind

Buying a home before marriage? Here are 4 important considerations to keep in mind

Financial Education / Buying a home before marriage? Here are 4 important considerations to keep in mind

For previous generations, buying a home was a life milestone that often came after couples had already gotten married and combined households. These days, however, that cultural norm seems to be quickly changing.

While the decision of when to buy a home is, ultimately, a personal one, if you and your partner are considering purchasing a home together before getting married, there are a few unique considerations that you’ll need to keep in mind. Read them over so that you can come up with a buying arrangement that works for everyone involved.

1. Qualifying for a mortgage

The first thing to think about is whether or not you’ll use both of your incomes when trying to qualify for a mortgage. Notably, your marital status won’t make any difference here. Rather, this decision should be based on the strength of your financial profiles.

If you both have similar credit scores and levels of debt, it’s probably a good idea for you to apply together. In this case, having two incomes on the application will increase your chances of being approved. Plus, you’ll probably be approved for a higher mortgage amount when applying jointly than you would be if you were applying alone.

However, if one of you has a significantly lower credit score or a significantly higher level of debt, applying jointly may not be the best idea. Those factors could work against you by negatively impacting your chances of getting approved and of securing the best interest rate.

2. Dealing with the deed

Even if you intend to get married, if you aren’t legally entangled at the time that you purchase your home, it can be a good idea to draw up a cohabitation agreement. Put simply, though no one likes to think about it, sometimes relationships do sour. It’s in your best to make some tough financial decisions beforehand, when tempers and emotions aren’t in the mix.

A real estate attorney can help you draw up one of these agreements. He or she can help you determine exactly what legal coverage you need, but here are some details that you may want to have your agreement spell out:

Finally, there are a few tax ramifications to keep in mind when you buy a home before getting married. The IRS currently allows married couples to deduct the interest on up to $750,000 in mortgage debt (or $375,000 each if you’re married and filing separately).

However, if you’re unmarried and own a home together, only one of you can take the deduction. If you’re both planning on itemizing your returns rather than taking the standard deduction, you may also want to work this detail out in advance in order to avoid a stressful conversation at tax time.

This article was written by Tara Mastroeni from Forbes and was legally licensed through the NewsCred publisher network. Please direct all licensing questions to legal@newscred.com.

Are you looking to buy a house? Before you start going on showings, contact the loan officers at Wintrust Mortgage to discuss your options.

Related Topics
November 25, 2020
How to buy a second home and rent the first, according to financial planners and tax experts
by Liz Knueven
November 12, 2020
What is a home equity loan and how does it work?
by Tara Mastroeni
October 14, 2020
Buying a home? Here are 7 important questions to ask your mortgage lender
by Daniel Kurt